Turning Point USA is a 501(c)3 non-profit organization founded in 2012 by Charlie Kirk. The organization’s mission is to identify, educate, train, and organize students to promote the principles of freedom, free markets, and limited government. Turning Point USA believes that every young person can be enlightened to true free market values. 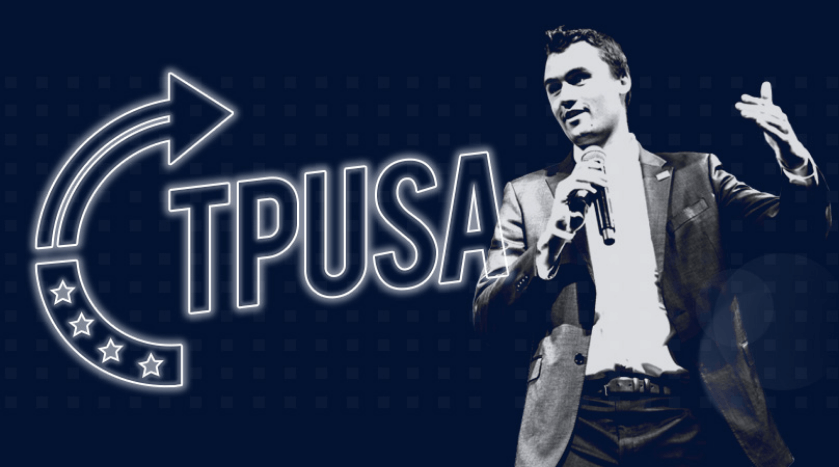 Since its founding, Turning Point USA has embarked on a mission to build the most organized, active, and powerful conservative grassroots activist network on high school and college campuses across the country. With a presence on over 3,500 campuses, Turning Point USA is the largest and fastest-growing youth organization in America.

TPUSA has established over 2900 chapters covering all 50 states, and has built a substantial network of the next generation of supporters, activists and leaders. Each semester, Charlie Kirk embarks on a nation-wide campus tour to challenge the status quo and encourage free thinking -- something too often neglected on college campuses today.

With phrases like “Big Government Sucks”, “Gen Z is Gen Free”, and the incorporation of pop-culture into day-to-day activities, TPUSA reaches new demographics and continuously expands its base. We combine culture with politics to engage young people in meaningful, effective ways.

In order to spread Turning Point USA’s message to as many audiences as possible and dominate the digital world, TPUSA’s Shows and Media Departments makes it possible to continue to develop digital impact and recruit new activists through the online medium.

We believe it is equally important to expose young people to tremendously intellectual and inspiring speakers – as well as provide students with the tools they need to effectively battle the left. Additionally, a strong sense of community is established at TPUSA regional and national events, providing a place for young people to realize that they are not alone in their conservative values, but rather, they have an army of like-minded peers across the nation. You can learn more about our events, and apply to attend, here. 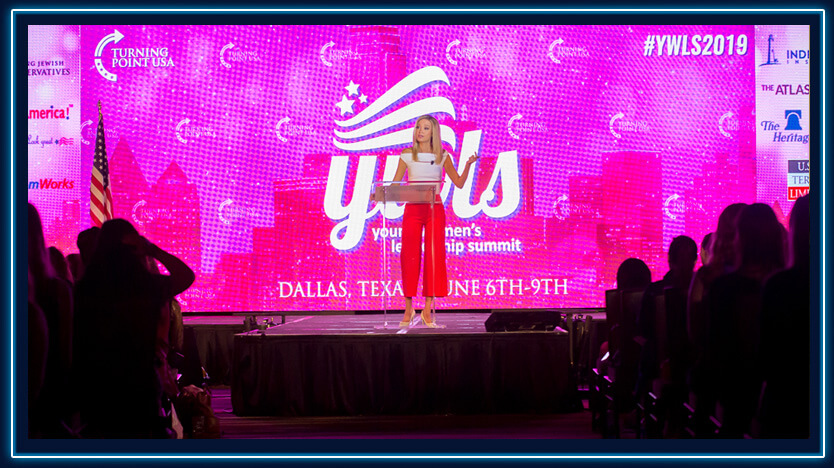 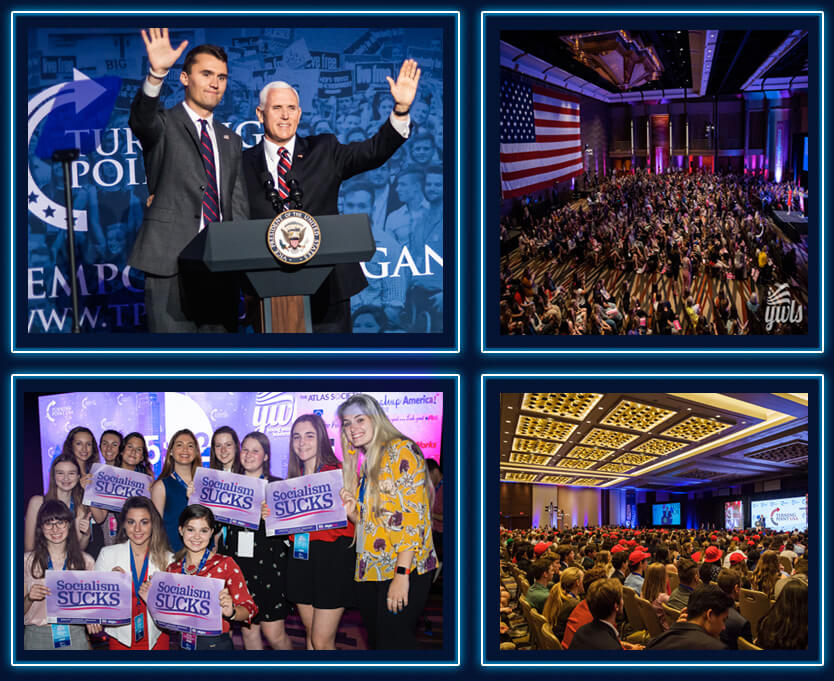 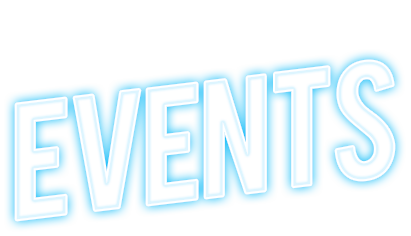